X is for XYZ Affair 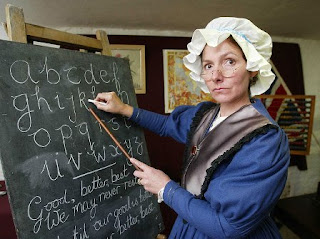 (warning this post has nothing to do with Real Food or Frugality or even Earthy-Crunchiness)
Dear fellow classmates, I have to admit that I have spent an unusually large amount of time trying to come up with a post this week for Alphabe-Thursday and I have wasted an eXtremely large amount of time. X is just hard. I wanted it to be relevent to my blog - you know something frugal and crunchy. I tried to talk about homemade laXatives and realized that the information I was going to share was incorrect. Sigh. I can't think of even one eXciting tip. I even considered talking about how eXercise but anything I would say would need to be plagurized as I know nothing about it. And so the following, while interesting has NOTHING to do with frugality or earthy crunchiness.

Over the years different ones of my children had to do an ABC Report in which they wrote something about the US that began with each letter of the alphabet. X was always (for them and most of their classmates) the XYZ Affair. It happened in early American History and was between the US and France. At first France dissed us - 3 diplomats who we call XYZ wanted us to bribe them and we wouldn't. We were eventually taken seriously and a war was averted. Watch this quick little video - it tells the story in a great and simple way.

Email ThisBlogThis!Share to TwitterShare to FacebookShare to Pinterest
Labels: Alphebe-Thursdays